Bruce A. McIntosh is a trial attorney specializing in business disputes such as contracts, real estate transactions and employment matters. He has handled numerous construction defect cases, both for defendants and plaintiffs. Mr. McIntosh also advises nonprofit corporations, especially religious nonprofit corporations, including both churches and schools. He advises churches on property matters and was the lead counsel for the prevailing party in Concord Christian Center v. Open Bible Standard Churches (2005) 132 Cal.App.4th 1396. Mr. McIntosh is an elder at Walnut Creek Presbyterian Church, and is licensed to practice in both California and Colorado.

Mr. McIntosh is a native Californian, born in San Gabrielle to the south, but grew up in Northern California in Moraga, attending Campolindo High. He holds a Bachelor of Arts degree in Economics and Business from Westmont College in Santa Barbara, California; a Master of Business Administration from the University of Colorado; and a Juris Doctor from Hastings College of the Law, part of the University of California.

Prior to commencing his law practice, Mr. McIntosh served for nearly ten years in the USAF as a Space Surveillance and Satellite Operations officer in North Dakota, The Philippines, Sunnyvale, California, and in Colorado Springs, Colorado. He separated in 1991 as a captain.

Mr. McIntosh is married to the former Rita Kinsman. They have three children: Katherine, Laura, and Timmy. 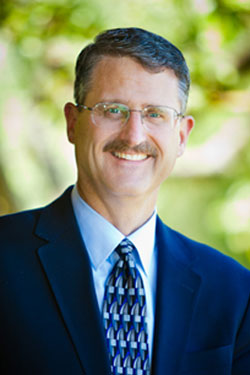 Bruce A. McIntosh
Attorney, Of Counsel